Do you want access to over two million CDs, DVDs, eBooks, and audio books?

Then come get a library card from the St. Louis County Library on Monday 2/3/2014 during Academic Lab!

The St. Louis County Library Representative will be in the LMC. Please speak to Ms. Bava if you have any questions! 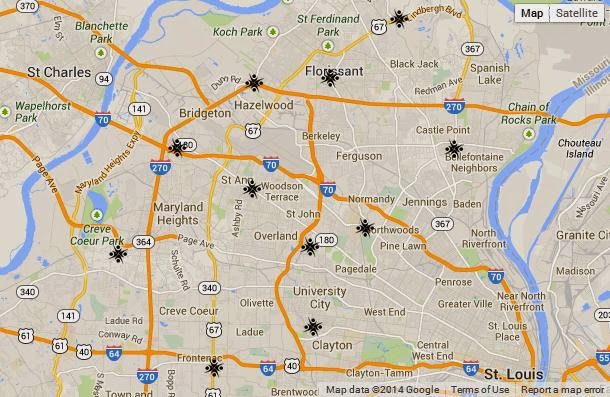 Get Library Magazines on Your iPad!

You can now access some of the library's magazines on your iPad!

Check on the digital issues of Teen Vogue and Smithsonian by following the directions below. You will need to get the usernames and passwords from Ms. Bava.

1. Download the magazine app from the Apple store. It will download into your Newsstand.
2. Open up the app. Tap the Sign In link on the left hand side of the page.
3. Sign in by using the username and password you received by Ms. Bava.
4. Once you are signed into the app, you can access current and prior issues by just tapping on the Library link at the bottom of the page.

Hopefully your Christmas break went well and you all enjoyed your snow days. Right on time for the new semester, the library has gotten in some new books. Come check them out today!

One choice can transform you - or it can destroy you. But every choice has consequences, and as unrest surges in the factions all around her, Tris Prior must continue trying to save those she loves - and herself - while grappling with haunting questions of grief and forgiveness, identity and loyalty, politics and love.

Tris's initiation day should have been marked by celebration and victoru with her chosen fraction; instead, the day ended with unspeakable horrors. War now looms as conflicts between factions and their ideologies grows. And in times of war, sides must be chosen, secrets will emerge, and choices will become even more irrevocable - and even more powerful. Transformed by her own decisions, but also by haunting grief and guilt, radical new discovers, and shifting relationships, Tris must finally embrace her Divergence, even if she does not know what she may lose by doing so.Amazon Review

What if your whole world was a lie?
What if a single revelation—like a single choice—changed everything?
What if love and loyalty made you do things you never expected?
The explosive conclusion to Veronica Roth's #1 New York Times bestselling Divergent trilogy reveals the secrets of the dystopian world that has captivated millions of readers in Divergent and Insurgent. Amazon Review

The Fall of Five

Book four in the Lorien Legacies series by Pirracus Lore, The Fall of Five will keep you on the edge of your seat!

The Garde are finally reunited, but do they have what it takes to win the war against the Mogadorians?

John Smith - Number Four - thought that things would change once the Garde found one another. They would stop running, They would fight the Mogadorians. And they would win.

But he was wrong. After facing off with the Mogadorian ruler and almost being annihilated, the Garde know they are drastically unprepared and hopelessly outgunned. Now they're hiding out in Nine's Chicago penthouse, trying to figure out their next move.

The six of them are powerful, but they're not strong enough yet to take on an entire army - even with the return of an old ally. To defeat their enemy, the Garde must master their Legacies and learn to work together as a team. Most important, they'll have to discove the truth about the Elders and their plan for the Loric survivors.

And when the Garde receive a sign from Number Four - a crop circle  in the shape of a Loric sumbol - they know they are so close to being reunited. But could it be a trap? Time is running out, and the only thing they know for certain is that they have to get to Five before it's too late.

The Garde may have lost battles, but they will not lose this war.

The final book in the Alex Rider series; A must read if you enjoy James Bond type action!


Alex Rider’s life changed forever with the silent pull of a trigger.

When Ian Rider died at the hands of the assassin Yassen Gregorovich, Alex, ready or not, was thrust into the world of international espionage—the world’s only teenage spy. Alex vowed revenge against Yassen and the two have battled ever since. Yet, years ago, it was none other than Alex’s own father who trained and mentored Yassen, turning him into the killer he would eventually become.

What makes us choose evil? Why did one boy choose to kill while another chose to risk his life to save others? In some ways, Alex Rider and Yassen Gregorovich are mirror images of each other. Yet the paths they traveled turned them into mortal enemies.

This is Yassen’s story. A journey down a darkened path. Amazon Review